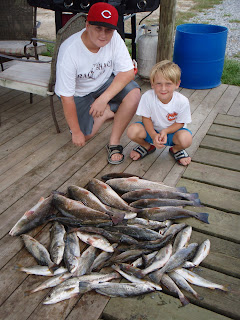 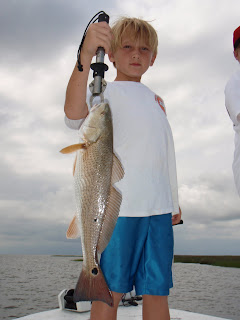 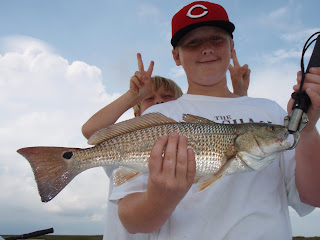 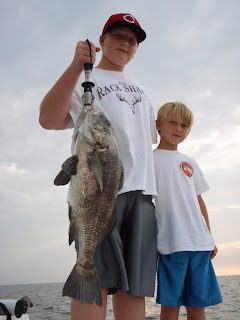 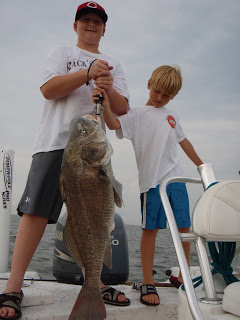 I fished Thursday with Corey and his two boys Zach and Hunter. Friday my crew and I had a scheduling mix up, and yesterday was my son Gray's 3rd b-day, so I took the day off.

Well for the Thursday report... We left out in the early am. Corey just wanted to stay in close to find something to keep his boys busy. The first spot yielded a bite every cast. The white trout were thick. Most were small, but we did manage to put a few in the box. I was hoping to find a few speckled trout on the rocks, but only managed a few under sized fish. I made a move to a spot I will keep a secret. We pulled up and instantly we had two monster drums that worked the boys over. Once we landed the drum, snapped a few pictures, and released the fish, the trout were on. We put 18 speckled trout in the box quick, and just as quick it was over. I made a quick move to the grass and managed to find a few reds. The boys and Corey had fun reeling in these hard fighters. Before we new it, we had put their limit in the box. Corey called the trip at 11 o'clock. We had 18 speckled trout, 15 white trout, 2 black drums, 11 reds(kept 9), and I was done cleaning fish by noon. I even made it to Kent & Sue's to have lunch with Capt. Kyle.