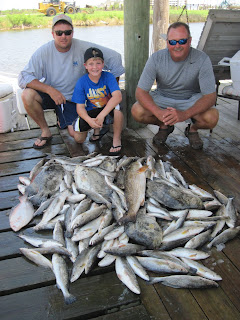 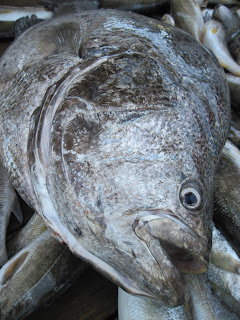 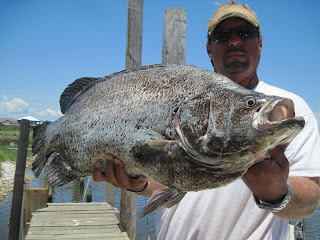 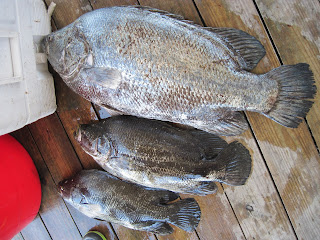 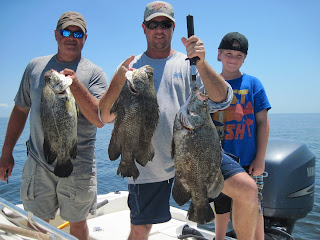 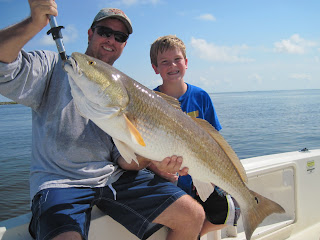 4 boats out today, and it was one of those days we will never forget. I had the Al Shiyou group(no relation) from the Kiln and Florida. Al, Matt, and Mason were a very experienced crew and it showed early. They boys put 12 of our biggest trout of the day in the box well before the sun was peaking over the horizon. The oyster bottoms were a tad bit slow with the slack tide, but we found some greener pastures. The shore lines in the LA Marsh were holding massive amounts of mullet, rain minnows, pogeys, and shrimp. We worked one good cut to get a slam(trout, red, flounder). It was almost lost when yours truly dropped the first flounder Matt caught over the side on my way to the fish box. Thankfully Matt caught another nice one in just a few casts on a tight lined soft plastic making it official. Had to work our way to the south to find the numbers of the trout we needed. Found them later in the morning under the birds in 3 to 4 foot of water with a shell bottom. Got a chance to play with some monster bull reds, keeping 1 small one and releasing 3 huge ones.Capt Kyle, with the Dewey Russell crew set up a ways down the bank and did some damage on the trout. Capt Kenny was next to him with Jackson's favorite son, Mr Bobby Cleveland(Clarion Ledger) and Dan Smith. Kenny was on a media trip, keep reading, he knocked this one out of the park. All three of us eventually put all three boats together to work a flock of diving birds and jumping jumbo shrimp. Under the flock, was hands down the biggest school of mutant white trout any of us have ever caught. 12 to 14 inch white trout were inhaling anything we threw in the water. All of us had to stop our crews as the fish boxes were near capacity from earlier trout and red bites. Here is where the story gets really good...
Capt Kenny and myself broke away and went looking for triple tail. Neither of our catches would have allowed us to fish in MS waters so we had to make it work in LA. We both have dozens of random buoys marked and we only had to check a few. We had a card game going between the boats. Kenny laid down the first card with a nice single, going one for one. Minutes later we radioed in that we got our first. That buoy we pulled our first off of not only gave us our first, it gave us our second as well as the third. The darn thing was like a Pez dispenser. We would yank one out an another would come up. So, we trumped the Clarion Ledger crew with a triple triple. Kenny later got back in the game seeing and catching a single triple tail. We kept ahead of his crew going 4 for 4 on triple tail(best day of the year so far for my boat). It was so freaking calm and still we could see Kenny and the Ledger crew on another one, but when we heard his boat screaming over 500 yards away, I knew something was up. All we heard over the radio was, "Cuz it's big!". Capt Kenny has been on the water long enough, that when he says a fish is big, I want to see it. As we motored over his way to check it out, BAM! we got a solid 10lber, going 5 for 5 on triple tail. I was blown away as Kenny, Bobby and Dan pulled along side us with what looked like a boogie board. Our monumental day of 5 triple tail was shattered when his boat held up a triple tail that would later weigh 24.2lb! Needless to say his boat won the game, but we put up one heck of a fight. Everything worked today, we used popping corks with live an artificial to catch the trout. When the bites would slow we would use mullet, croaker and or shrimp on the carolina rigs. All the triple tail fell for live shrimp under the corks.
Capt Kenny and the Clarion Ledger group returned to the dock with 38 specks, a box of mutant whites, 1 red, and 3 triple tail(look for the story in Sunday's paper).
Kyle and the Russell crew also returned with 38 specks and a slew of the mutant whites.
My crew hit the docks at Shiyou Caddy with 55 specks, 37 mutant whites, 1 red(3 released), 2 flounder(1 released) and 5 triple tail.
****SHORE THING Fishing Charters****
Check us out on You Tube:
http://www.youtube.com/watch?v=hr0twtm3Bng
With four boats available, small and large groups are welcome. Anglers under the age of 13 fish for free! We supply rods reels, tackle, snacks, drinks, ice, fuel, bait and fun. No charge for fish cleaning and bagging.
Be sure and ask about our all inclusive overnight fishing packages to the Cat Island House!!! For your next fishing trip, give us a call or check us out on line. www.shorethingcharters.com or 228-342-2206