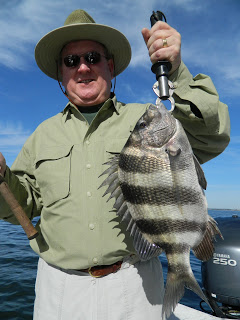 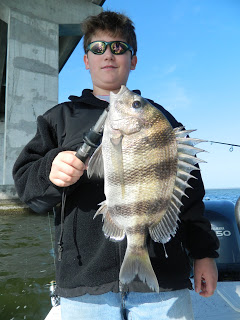 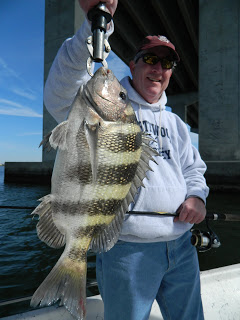 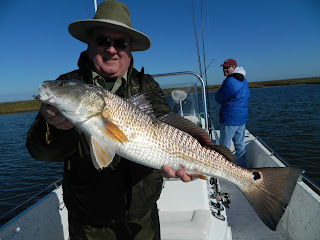 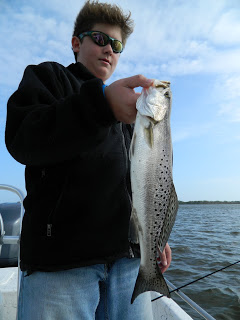 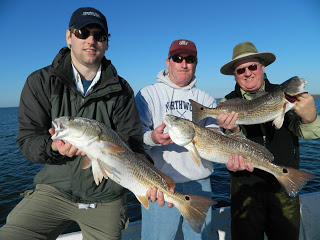 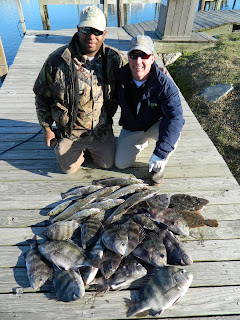 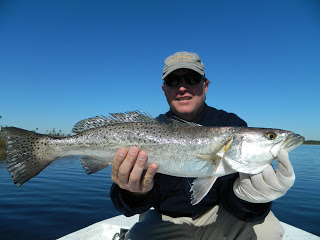 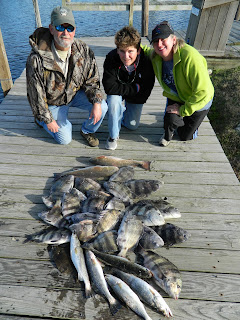 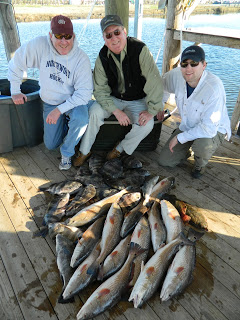 I hope everybody had and has a good and safe holiday! Capt. Sonny touch on our last few days, but I will add a little. I am sad to say I have been behind on my post, but I will keep it simple. I had the pleasure of fishing Justin and Bo, one of Capt. Kenny's clients. We stayed in the bay and fished sheepshead, red fish, flounder and speckled trout. The 2 reds, flounder, and upwards of 20 sheepshead were caught on shrimp at the bridge. The 10 speckled trout were caught in the river on Marsh Works Bayou Thumpers. I had Don Smith, who is one of my good customers, for some bridge action. We caught mostly sheepshead with a few throw back flounder reds and drum in the mix. We did venture into the river for some trout action. We probably caught 50 not one measured the mark. No worries though we had a great time. I then took the Tally's who were looking for trout, and that was a good thing that is all we caught. We boxed their two man limit and headed back to Bay Marina. All trout were caught on live shrimp or the Bayou Thumper. And last but not least I had the Larry, Clayton, and Mike for the last couple of days. Like Capt. Sonny touched on, we spent the first day on the Bay Bridge and the second in the Marsh. We caught plenty of fish in the two days, but the final boxed count was 16 sheepshead, 13 red fish, 2 flounder, 1 fat speckled trout, and 1 black drum.

Like Capt. Sonny I have had the chance to sample some tackle from the great people of Okuma. I don't know how John would feel about this, but I have been using the Okuma EVX and Citrix rods to flip red fish in the boat. The rods are medium heavy and the fish are not over 6-8lbs, but still very impressive.