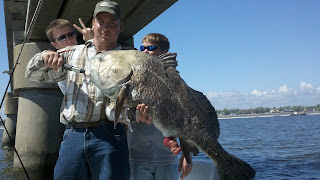 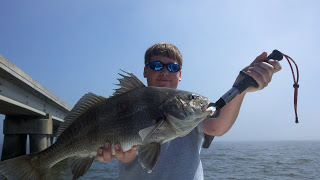 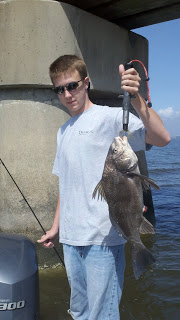 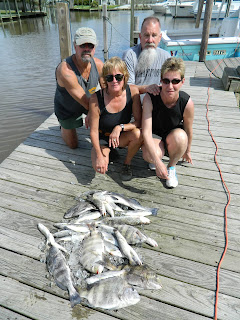 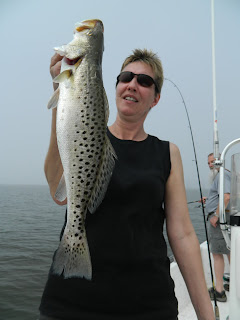 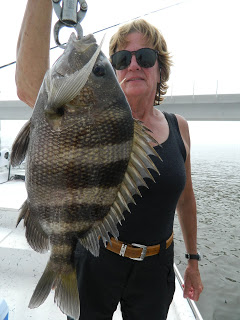 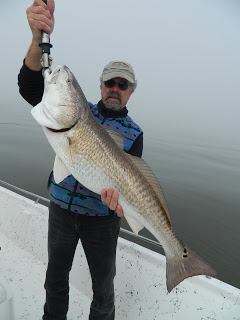 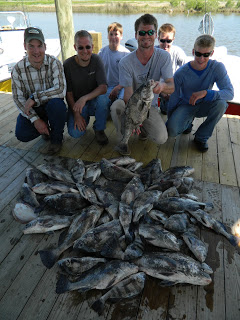 Just to touch on my last two days of fishing...Yesterday I had Bob, Beth, Donna, and Barry for some inshore action. We hit one of the near shore reefs first, and hit two bull reds on the first two cast. Once those monsters were out of the way, we went to work on a few ground mullet and plenty of whit trout. We spent the rest of the day hopping from spot to spot picking up a few fish along the way. These guys had a great time and I am hoping they come again before they leave town. We ended the day with 20 white trout, 2 sheepshead, 5 black drum, 2 ground mullet, and 2 released bull reds...Today I ran a trip with Capt. Kenny. We had the Ryan Schmidt crew. Ryan had a few friends in from Oklahoma. We set out and stayed in close due to the lingering fog. Capt. Kenny and I went to the spot and went to town on the fish. Both our groups were pulling plenty of fish over the sides. I think one of Capt. Kenny's guys pulled in one tipping the scales at 44lbs. The total count was 40 black drum, 6 sheepshead, a few white trout and ground mullet, and 1 flounder.