Had all 4 boats out Saturday in 4 different directions. Capt Kyle was out at the Cat Island house helping with some of Dr Don's friends. Did not fish near him, but sure he did just fine. Capt Kenny had a last minute canceled trip, but was still on the water at first light. He became out weather man after he got his MS 15 trout limit and headed in. We would get up to the minute reports on a strom line that was closing in on us. Never would have been able to fish today without his help. Capt Matt and I were over in the LA Marsh running from storms and catching fish. Never got a drop of water on us, and caught some nice fish. Had Martin Sr, Martin Jr(birthday boy), Evalyn, and Genie. Landed on some good trout early in the morning. Used live minnows on the carolina rigs to get close to 20 fat trout before we opted to move from possible weather issues. Ducked in one drain near the 3 mile area and hooked 2 big bull reds. Had one empy a Trio 30 but were able to land the second one, Genie got it. Did find one section of broken marsh we pitched live bait into the grass under popping corks, Grabbed two nice flounder and one slot red. Birthday boy Martin Jr had never seen or caught a triple tail. Did not have time to gift wrap it, but he got a nice 5lb triple tail for his B-day from Shore Thing Charters. Did not get to fish where or as long as we would have liked, but put a great box fish together, even got the marsh slam(trout, red and flounder). Back at the dock, ran into Capt Matt and his crew. He had more trout, some reds, some flounder an a nice triple tail. Went from zero to hero on Sunday with the Kurtz crew(party of 3). Did not even think this trip was going to leave the dock with all the storms out in the sound this morning. Had Captains Matt and Kenny out and we kept a close eye on things. After 5 stops and five trout and 1 released bull red, I was getting more nervous about the count than the weather. We had a clear weather window, a boat full of seasoned anglers and two live wells full of bait. It was around 9 AM and hot so we went deep. Fished shell bottoms with the live bait on carolina rigs. Hit paydirt on every single cast and got their 75 LA limit by 1030. The fish were charged up, we chummed several to the surface. I was launching nets full of pogies behind the boat and we could actually see the trout smashing them. The last few trout to hit the box actually came off topwater baits! Broke my oversized net doing a fish/ice shuffle. Jim was nice enough to patch it while we were looking for triple tail, good thing too.Only saw one, but it was a net worthy one. Somehow I got cracked in the head with a fishing pole, the line was tangled and we were left just staring at the fish. Roger re-rigged another pole and hooked the fish. The fish broke him off above the cork. The fish and the cork still stayed on the surface. I instructed the boys to, "cast everything and snag that cork". Dennis got lucky and snagged it with a carolina rig. This fish was a total boat effort and a perfect way to finish a more lucky than good day. Back at the dock, Capt Kenny had the grill going with hot dogs. He brought the Taylor crew in early due to weather. They got boxed in by a line of storms and played it safe. They did have 60 something nice trout and left them biting for the early return. Capt Matt's crew rescheduled, but he went anyway. Magic Matt got his 25 trout in LA waters and was back home in time to watch cartoons. ****SHORE THING Fishing Charters**** The finest inshore fishing on the entire MS Gulf Coast. Specializing in speckled trout, red fish, flounder, triple tail, black drum and more! We fish the Louisiana Marsh, the Mississippi Barrier Islands and many other areas. Our full time fishing guides are extremely knowledgeable, courteous, and professional. With four boats available, small and large groups are welcome. Anglers under the age of 13 fish for free! All of our boats and guides are licensed to fish in Mississippi and Louisiana. We supply rods reels, tackle, snacks, drinks, ice, fuel, bait and fun. No charge for fish cleaning and bagging. Be sure and ask about our all inclusive overnight fishing packages to the Cat Island House!!! For your next fishing trip, give us a call or check us out on line. www.shorethingcharters.com or 228-342-22o6 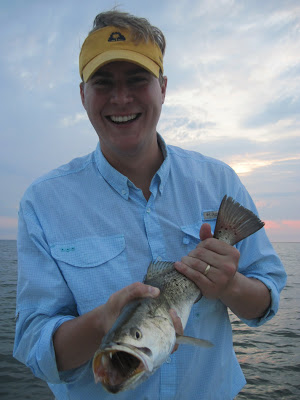 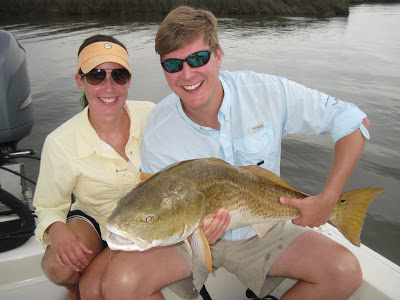 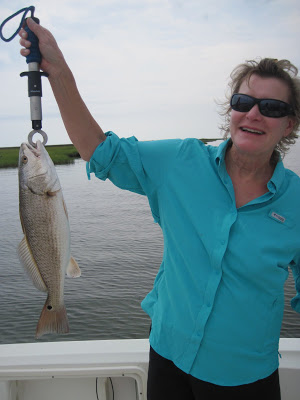 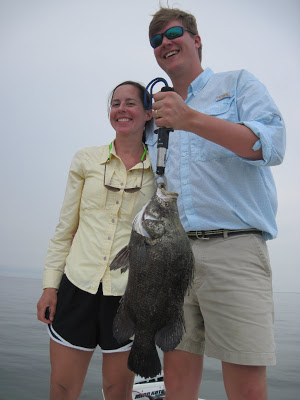 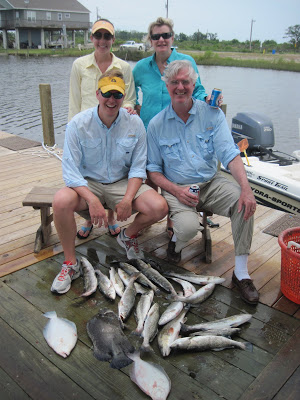 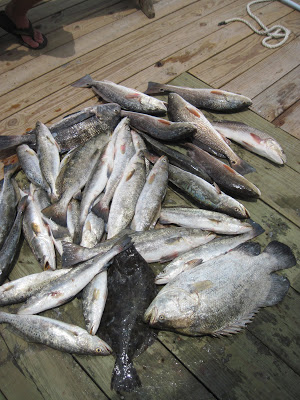 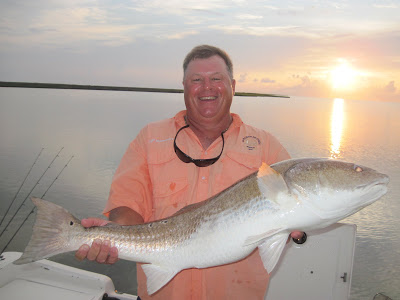 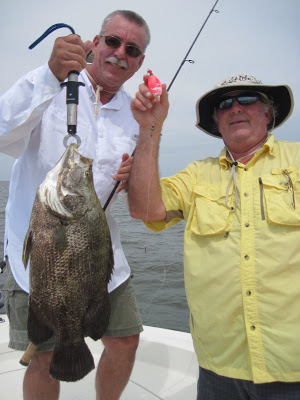 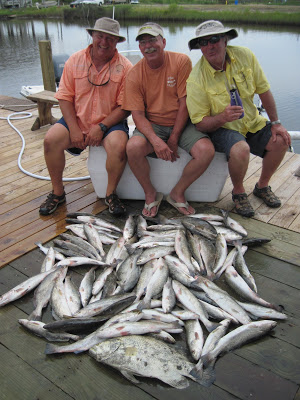