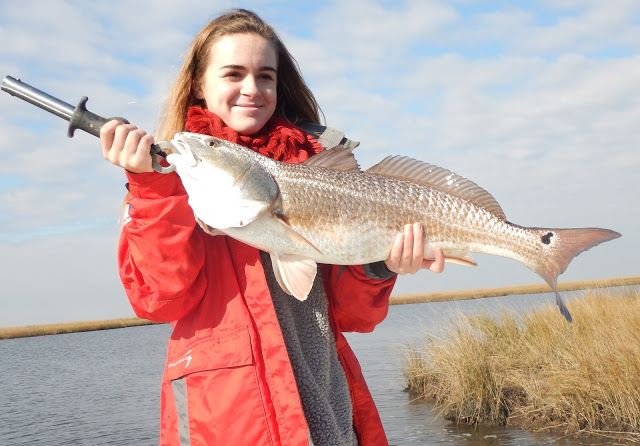 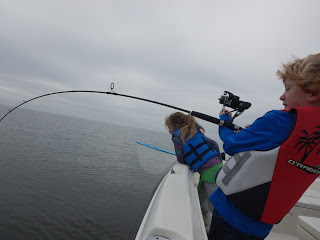 From all of us at the Shore Thing Charters family, we would like to wish you and your family a very Merry Christmas. This past week was a lot of fun, and the fishing was great. With the youngsters outta school, I had the kiddos on the boat all week long. Yes, some days it is a little more work, but it is way more fun with the little fellas on the boat.
Capt Matt had a couple trips this week, but he had the adults. The mighty Matt has been having a dynamite winter. He stayed in fish all day long on a near shore trip. The majority of there better trout fishing was done with live shrimp under the Boat Monkey popping cork. Since the trout have moved into the river, the colder it gets, the better the bite has been. He said the best bites came in 3-4 feet of water, fishing the shallow sides of drop offs.
The Mighty Matt was able to get down to the LA Marsh with the Dreyfus crew. They were able to enjoy some good action the trout and the reds. He said the trout they found were deep inside the marsh, and holding on points with moving water. Matt said they boxed close to 20 before turning their efforts to red fish. The red fish were much easier quarry. Capt Matt said they found one shell laden point, with moving water loaded with reds. They got all 15 of their reds, tight lining Matrix soft plastics into the current line. Even better, they said the reds were all 16 1/2 to 17 inches, "sweet meat".
I literally got to play all week. Every trip I was able to run this past week, I got to fish with some like minded individuals(kids). The Gates crew joined us on a frigid morning to do a quick near shore trip. They were in town, all the way from Arkansas. Dad Jamie wanted to get some pullers for his 6 year old twins, and 4 year old son. Luckily we did not have to go far in the chilly temps. Minutes after leaving the dock we had the youngsters bowed up on a school of perfect slot reds. Using the live shrimps under the Boat Monkey corks, we were barely able to get 2 lines out. Things got pretty crazy when the youngsters would get pulled around the boat by those reds. It was noisy, the boat was trashed, and I had to answer thousands of questions. Jamie kept a couple reds, drum, sheepshead and trout to take back to Arkansas, but we released plenty too. Very chaotic, but very very fun.
Later in the week we had Dr Joel and his son Henry. Since Henry and my daughter are 1st grade classmates, Margot joined us on the trip. Truth be told, I think young Henry did almost all of the damage on the fish. Margot reeled a fish or two, but Henry was our top producer. He did a number on the sheepshead, puppy drum, small reds and the one and only trout we saw all day. Everything we caught was on live shrimp, either on the Carolina Rigs on under a Boat Monkey float. Always a good day when my little buddy and her buddies are on the boat.
On the eve of Christmas eve, I had an awesome day with the Altese family (Vince, Missy, Corbin, Addy). The trip was a Christmas present from mom Missy to her family. She knew the weather was right, so Christmas came early! Of course Missy wanted everyone to catch fish, but she made a special request for her daughter. She really wanted Addy to catch her first red, and if possible a bull red. I have fished with Vince and Corbin before, and know they are trained killers. Missy actually taught me how to sail way back when. So when Addy made her first cast with her new spinning reel, I knew we were gonna be just fine. Young Addy could easily hold her own with guys twice her age.
Corbin began the day with a couple of slot reds. Missy and Vince added a few more to the pile. Just like Capt Matt did, most of ours were that perfect 16 1/2 inch size.
Finally after several casts, Addy girl got her first red. It was a small rat, but the way they were biting, it was gonna be a good day. A couple of casts later, she started putting keeper reds and a couple of trout in the box. Corbin put on quite a show, he was mad at the fish. He was the first to get one of the bulls. A few casts later he hooked up again, but his sister was locked into a brute. Finally, Addy got her bull, and to make it even sweeter, big brother had to release his rat red. We knew we were getting close to our limit, but made one more stop to check for some trout. Did not find any trout, but we closed strong on the reds. Addy got her second big red of the day, and Missy shut it down with one of the biggest of the day. The happy family ended it with 20 reds and a sprinkling of trout and sheepshead. Awesome way to start an early Christmas Celebration!!!!

It has been a very fun couple of days, on and off the water. Been meaning to let yall know that THE BOATHOUSE (228-467-5910) in Lakeshore, MS is almost finished with its expansion. This facility is where we store 5 of 7 Shore Thing Boats. Word around the covered...
Read more 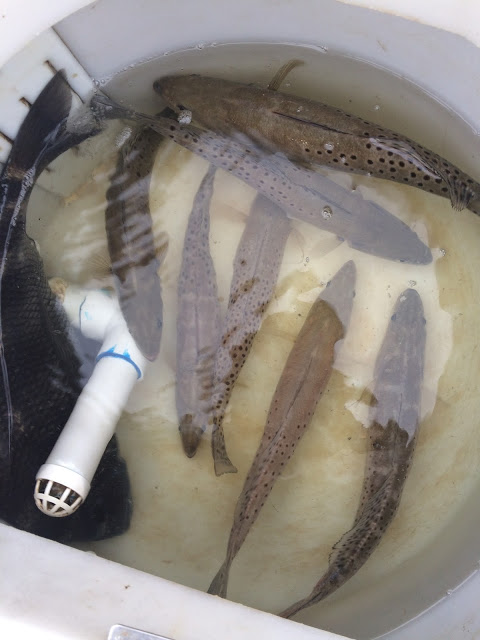 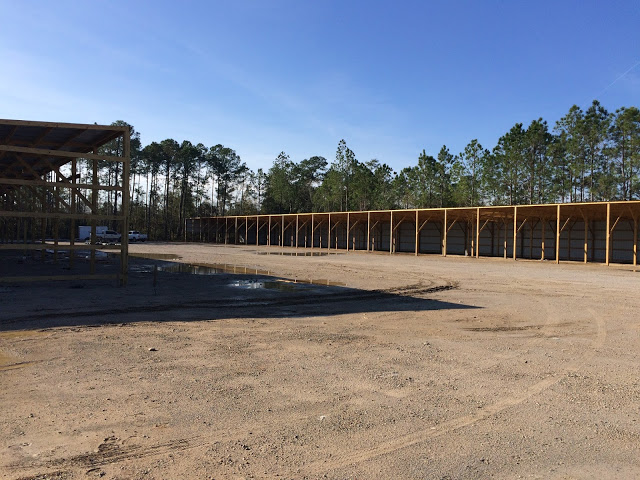 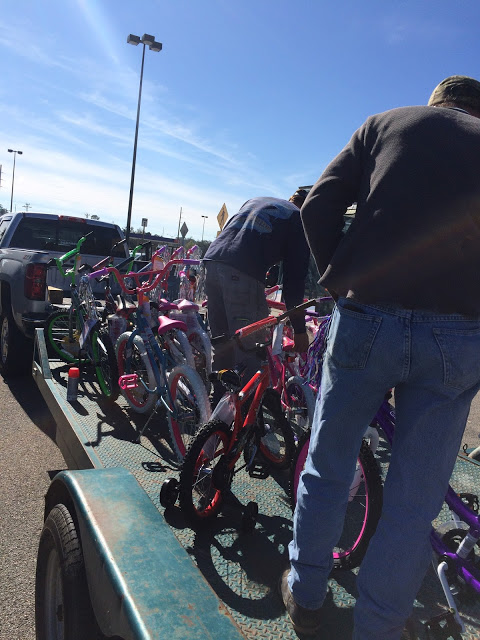 Yes, we finally caught a red fish on a BABY DUCK!!! We have been waiting weeks for the right weather, conditions and crew to get a red fish to hit one of these little ducks. Its been tough to get people to fish with a fake baby...
Read more 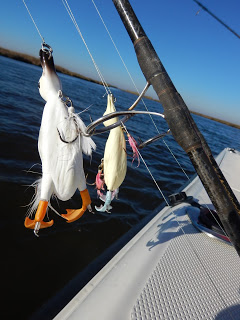 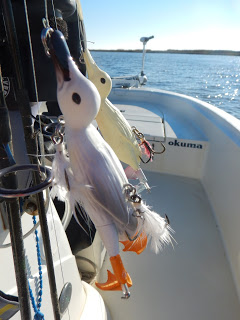 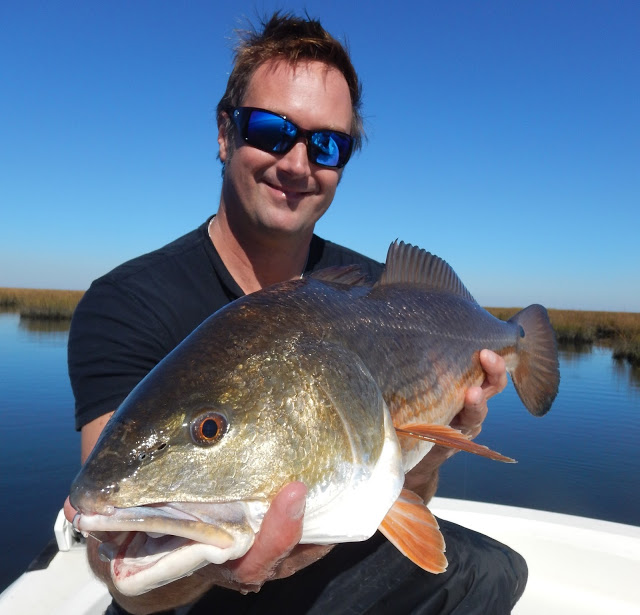 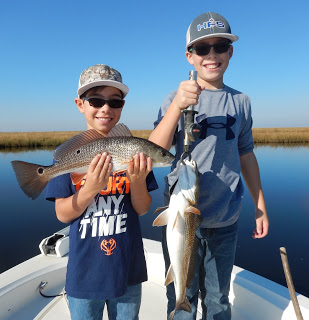 Still open for business, but we have been doing our fair share of playing. With this latest batch of bad weather, the guides have either been in the woods or spending time with family. I have just returned from a week on a Disney Cruise with the ENTIRE Schindler family....
Read more