Fly Fishing For Reds, Whole bunch of TROUT, and Fishing with the SCHINDLERS!!!! 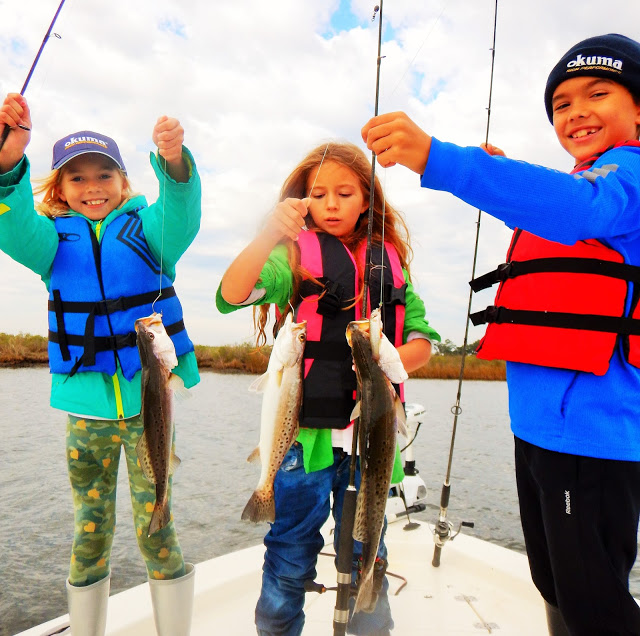 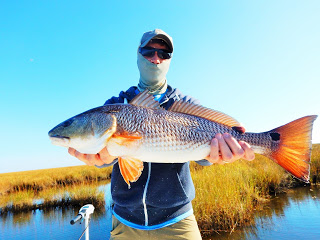 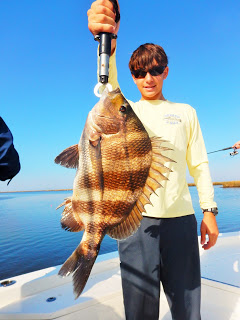 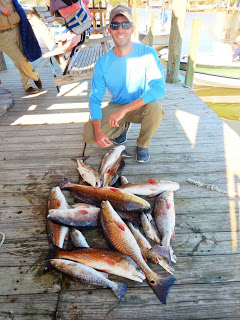 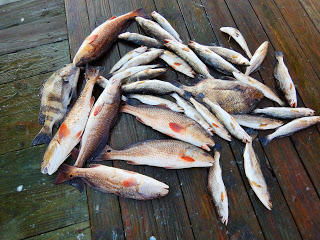 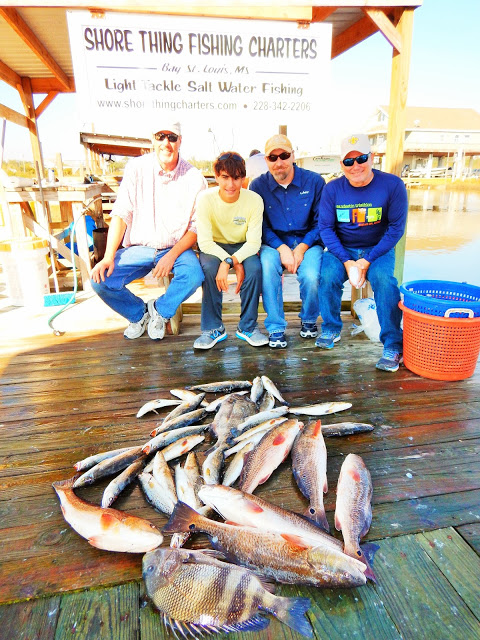 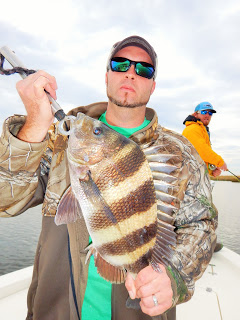 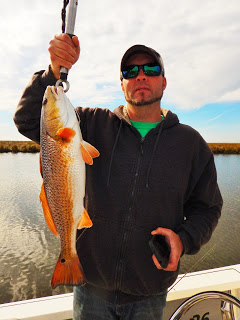 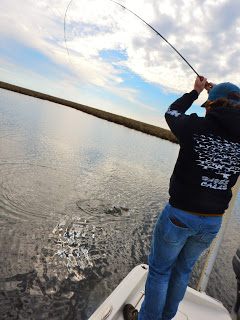 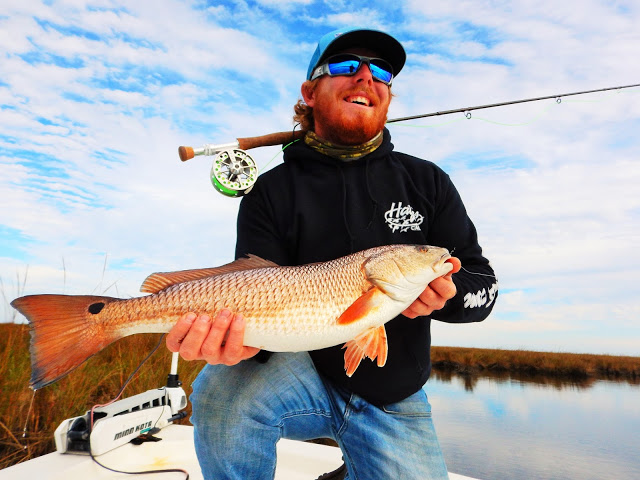 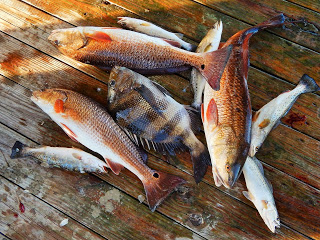 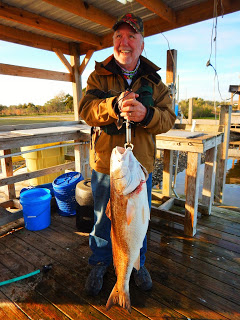 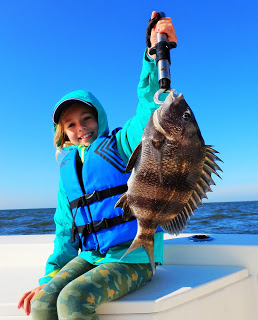 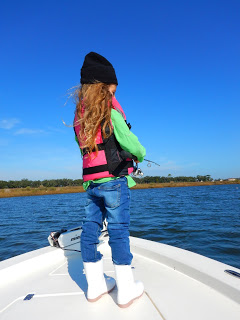 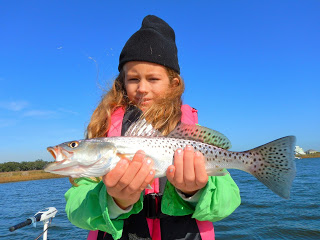 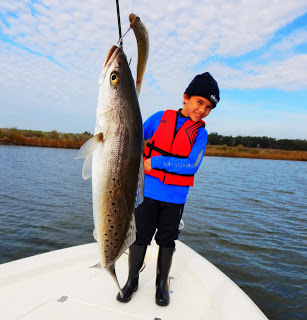 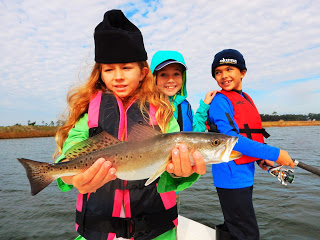 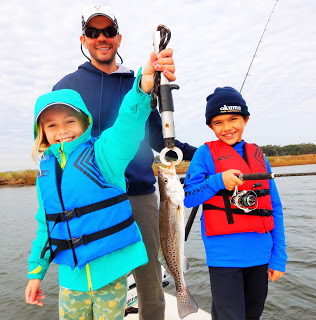 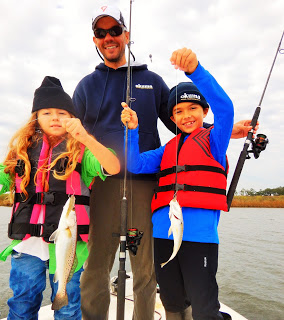 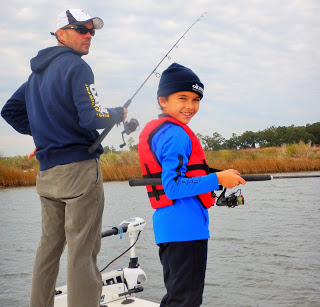 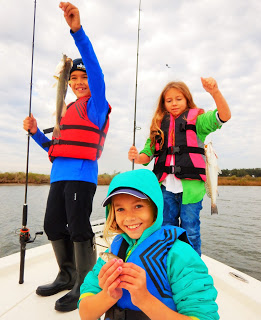 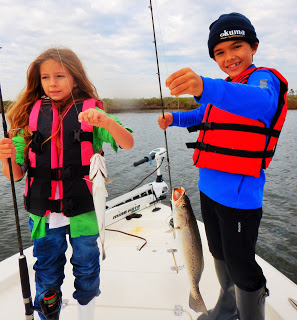 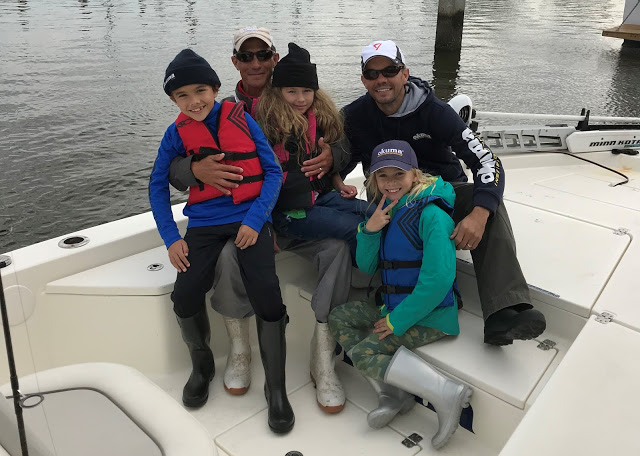 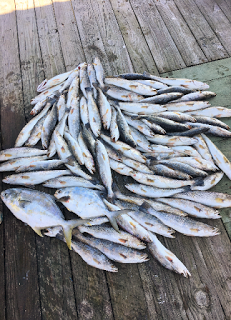 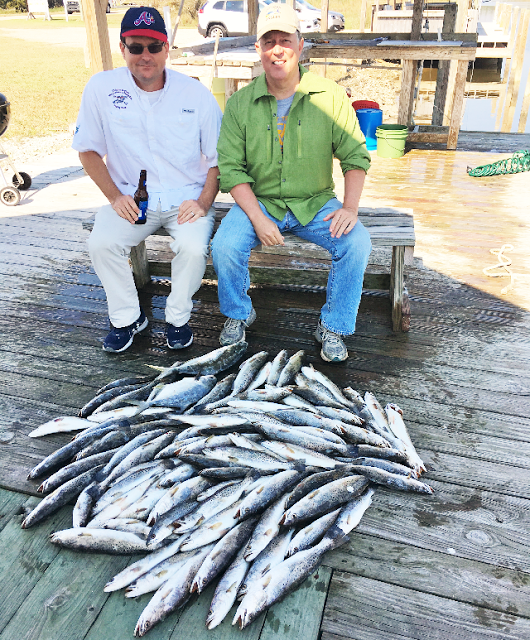 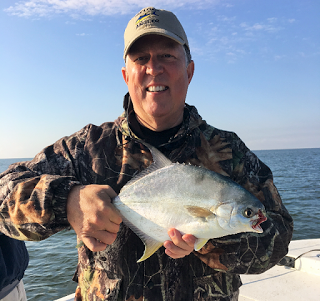 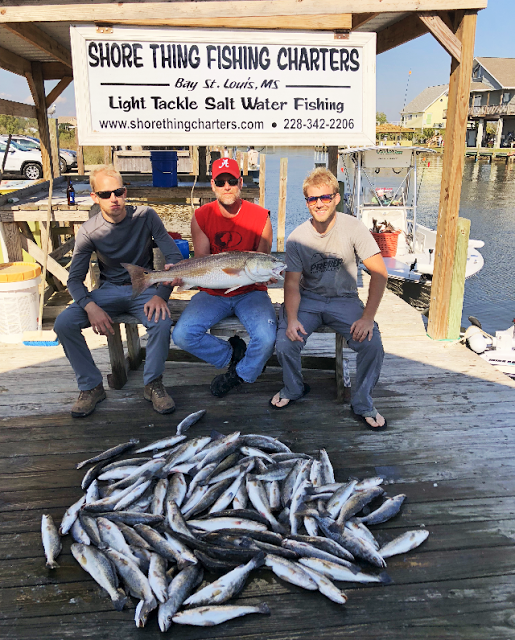 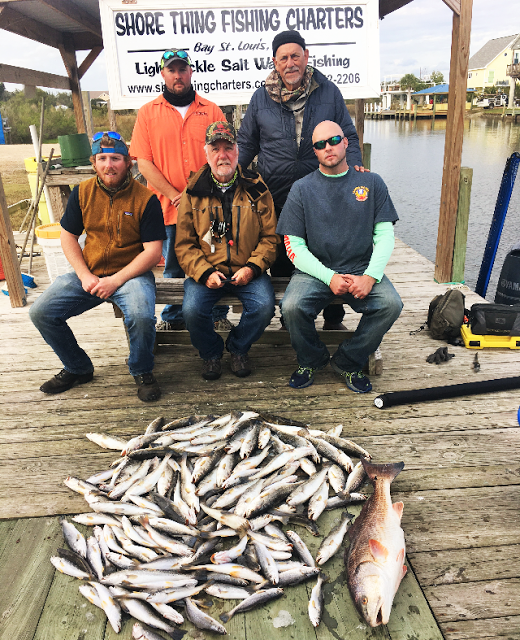 Where oh Where to begin...
Before we jump into the fishing report, we at Shore Thing Fishing Charters, we would like to wish everyone a very safe and HAPPY THANKSGIVING!!!
The past couple of days have been some of the most enjoyable days on the water we have seen in a while. Yes, we had to plan our schedule around the cold fronts, but that is just how it goes this time of year. We did see some amazing weather ahead of the fronts, and the fish paid dearly on those days.

Early in the week, ahead of the first cold front, we had a slew of our boats out. Captains Darren, Matt, Kenny, Ray and Alex were all punishing the trout, reds and big sheepsheads. With the flat calm water, the boys were able to move around quickly, and close in on the school trout quickly. It sounded like the boys were working some shallow oyster reefs, when they hit pay dirt. Flat calm, warm, and a stout cold front closing in on us, HUNDREDS OF TROUT hit the dock.
I have been spending the majority of my time back in the ponds, terrorizing those big fat slot red fish. In my opinion, this is one of the most exciting things we do. Half the time, you can actually hear the fish(exploding on bait), before you see them. However, watching those big golden brutes tailing down the bank, is something that never ever gets old.
My pal, Capt Blaine Donner was in town for a little "fly fishing". We somehow got our lines crossed on the planning stages. Our fly fishing trip, immediately turned into spinning rod trip. Both of us thought the other one was bringing the fly gear Blaine was a good sport about the whole thing. I'm fairly certain though, if one of us had brought any fly gear, the weather wouldn't have been picture perfect. As anyone who fly fishes knows, the weatherman absolutely despises fly fishermen.
It was one of the was of the most picture perfect days I have seen in a very long time. There was no wind, blue bird sky, crystal clear water, and low tide(rising). From the time we got into the ponds, till the time we left, it was just about a constant parade of slot sized reds. We did not get to fancy, it was just live minnows on 3/8 ounce jig heads. We caught several, but we were missing way to many because of the thick grass. Once we switched to a bare 1/0 khale hook it was game on! The new Okuma Helios 30 spinners have been my go to rigs, and have handled the reds flawlessly. We finished up our limit quick fast and in hurry. After that, it was play time. Blaine put on a Spook Jr, and I put on a Savage Gear Suicide Duck. Blaine got a couple to smash his topwater, I only got a few to roll on the duck. It was an awesome day though.
On a side note, the new 26 Avenger can get into some seriously skinny water!!! I have had that boat way the heck back in the ponds, and it can literally fish in just over a foot of water. It handles the open water chop like a beast, and still fishes in some super shallow water. I have been very very pleased with this boat.
Next we had the Riverside Fly Shop boys in from Birmingham, AL. Randy and the boys were back for 2 days. We had them on 2 boats for both days, and they actually brought the fly gear this time. True to form, the sky was overcast, the winds were blowing, and the water was murky. The first day we had me and Capt Joey. We grinded all day with them, and had to work for everything we got. They still caught a few on the fly rods, but we missed more reds than I care to mention. We still put down the fly rods and used the spinning gear to get them some "groceries". They were able to get a enough trout, sheeps and more reds for dinner.
There second day was a whole nother story. Capt Matt and Capt Brian took them out. Once again, the fly rods "caused" the winds, and over cast skies. They did not stay in the ponds as long as we did the day before. They used the spinning gear to way lay the speckled trout, and loaded both boats with a pile of specks.
While Captains Matt and Brian were down south in the LA Marsh, me and Capt Kenny were working in close on near shore trips. Capt Kenny had the Bailey boys, doing a little reef hopping. They used their live shrimp to hammer the sheeps and puppy drums. Even in the rough/dirty water, they had a box full.
I was on a trip that has been almost a decade in the making. My brother Beau and his family are in town from Houston, TX. We have taken his son August fishing when he was a baby. Of course my daughter Margot has been fishing with me for years. This however, was the first time to have my brother, daughter, nephew, and niece/godchild Helena ALL on one boat!!! It was not the most ideal conditions. It was chilly, windy, and rough. Proud to say, none of the kiddos complained, we just worked through it. We just had to tuck back up in some protected bayous to get some calm/fishable water. The magic ticket was deep moving water, and live minnows on the Carolina rigs. Once we dialed them in, it was ever cast for big brother and the kiddos. No one wanted to keep fish, so we just kept catchin and releasing. We had several doubles and even a couple triple hook ups!!! Had the little ones not been so infatuated with the minnows in the live wells, we probably would have caught even more. No matter, it was still a day that I doubt I will ever forget. The boat was covered in slime, cookie crumbs, and trash. We broke a few things, and most of my tackle was scattered all over the place. Still could not have been happier to have my family out there, enjoying a day on the water with me. Life is good!!!